Both the audience and the media like and acknowledge his instrumental performance, exciting adaptation crossing the borders between genres, unique concerts enjoyable for everybody.

The virtuoso created a unique repertoire, which declines genre limits. He uses the languages of jazz, latin-fusion and World music genres.

In addition to his own compositions, he makes adaptations from the compositions of masters such as Astor Piazzolla, Chick Corea, Al Di Meola.

Gabor brilliant instrumental knowledge inspires new, even better productions every year, raising him into the most unique solo instrumental musicians. 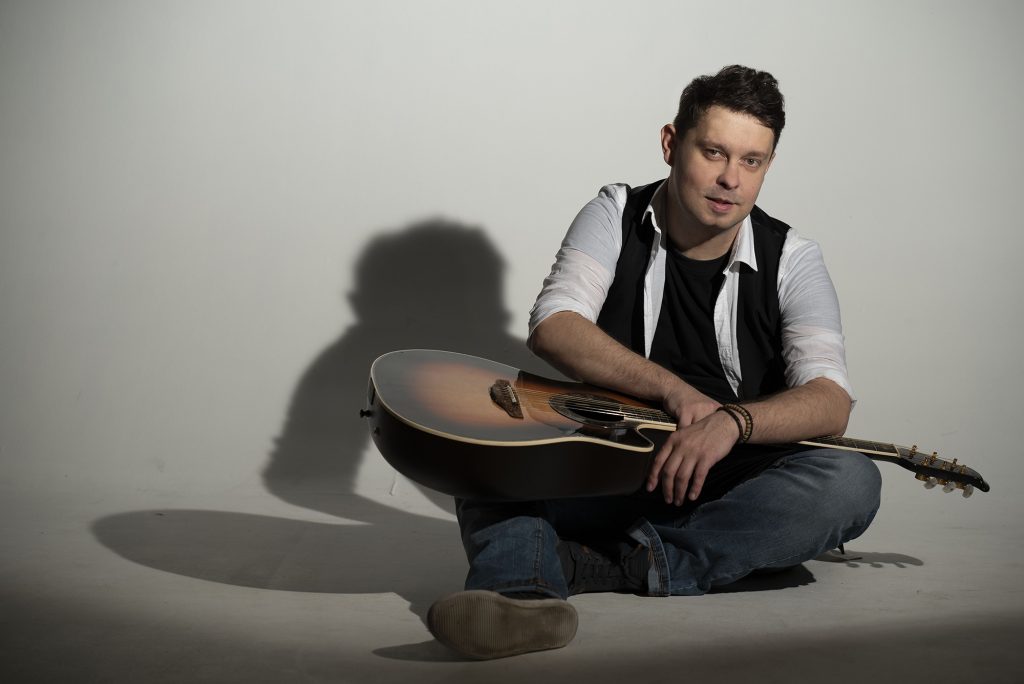 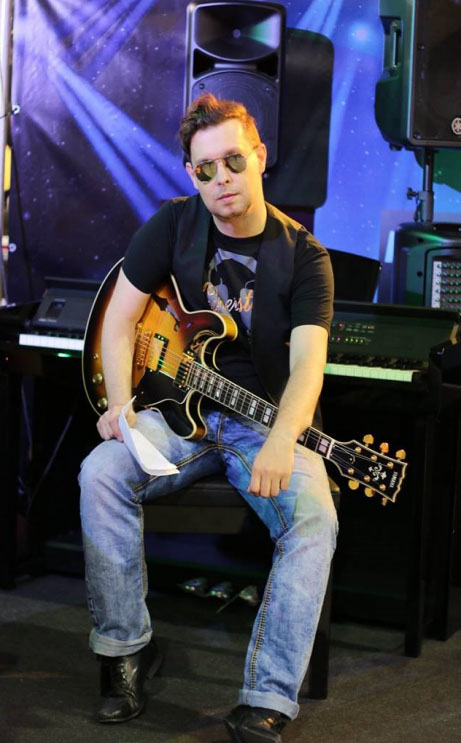 His interest towards music and his talent became clear for his environment right when he was about 7-8 years old. His teacher discovered the first signs at a primary school music lesson, he showed outstanding diligence, interest and voice compared to other children. These times, he got the guitar from his grandparents, which he had always seen on the top of the cupboard during playing, when he visited his relatives with his parents. He really wished to make the instrument play in his hands, and since then, nobody could take the guitar away from him, playing tunes was the greatest joy for him. Recognizing this, his parents sent him to a music school and to a separate guitar teacher, so he was taken into good hands. In regards the world of instruments and the related commitment, he was inspired by the examples of his arts teachers, and that atmosphere really impressed him. After some years of learning, the first performances were obvious, at primary school events, his teachers asked him to sing, to play the guitar, and to follow the choir. He won every school talent show, and every success encouraged him to become the best, which requirement and commitment were established on his own, not under external pressure. His parents completely supported in his goals, thus they sent him to separate music lessons too. At his music school studies, Eszter Bolyki, Music School Dean, Gábor Kukocevz, Guitar Teacher, György Bolyki, Cellist, whose name is well-known by the audience from the worldwide famous acapella vocal band (Bolyki Brothers) really impressed him in the beginning. He finished his music secondary school in the Opera House’s educational institute, the Ferenc Erkel Secondary School, where he could improve under the hands of excellent teachers.

He was introduced as a Guitarist in 1996, with a solo programme. The repertoire of the concerts still consisted of the compositions of classic composers that time, most likely the compositions of Johann Kaspar Mertz and Fernando Sor were played. Even audio recordings were made about the concerts. The recording was received by a music director working at the Hungarian Television from a friend of the family, who listened to it and recognized its quality and final result. This was an appropriate recommendation letter to show it to Előd Juhász, Anchor, who acted as the Hungarian Television’s most popular music recommendation program’s producer-anchor. Soon after he was invited into the Zenebutik programme, as a young talent. His first concerts were organized by the Casus Management, which undertook his management. The Guitarist could be heard at several events soon. Among others, he played at the Budapest Expo, he was invited by the Benczúr House to perform at the Latin Music Festival.

The Music School of Fót invited him to manage its guitar faculty. This was a huge challenge and responsibility, since these times, Gabor also used to learn and train himself, so he could work as a trainee in the same position as his adult teacher colleagues. In this role, he committed himself towards education soon. His goal has become to transfer his knowledge to people interested into music, to make guitar familiar with them. He taught in the private sector too, he had students in several towns. There has always been a demand to make students learn using individual curriculum according to their abilities, towards such music styled (beyond classical music knowledge), which they feel themselves familiar with.

He got his first really serious instrument in 1998 from a sponsor, as a tribute to the young guitarist for his music career. -Clavier Kft-. This is a precious, hand-made master instrument, a Manuel Rodríguez Spanish guitar. This has been very appreciated until today, being close to the Guitarist’s heart.

He trained himself in the courses of national and foreign guitar masters. Self-expression has always been important for him, to promote its development, he has got familiar with and learnt several genres. He could learn from masters like Al Di Meola, Laurindo Almeida. This period was a milestone in the Guitarist’s life, since he could learn from his greatest idols in the music genres of jazz, flamenco, jazz-rock, latin jazz and fusion. The versatility of genres, as well as the music and technical impact of his idols can be monitored in Gabor’s instrumental voice, which has later become his trademark too. The goal of instrumental musicians is the ability of individual performance, the unique tunes. The Guitarist’s internal motivation is his individual vision, which makes him other from his contemporaries right from some tunes.

His first introduction to the wide public was in 1996, with a corresponding TV performance. Regarding Hungarian and European concerts, he proved his place in the music scene. He has been the guest of several national and foreign festivals (Valley of Arts – Kapolcs, Rust Guitar Festival – Austria, Royal Garden Jazz Club -Graz, Jazz Keller Art Festival – Frankfurt

Among his partners, we can find such excellent and respected artists in the works of the past few years’ music works, like Eszter Horgas, Flutist and Miklós Vámos, Author.

He mainly acts as a solo instrumental performer, however, he also performs in unique formations on special requests. He gives some concerts a year, he spends most of his time as a music producer. The audience may listen to his components and adaptations in the radio: Jazz 90.9 Rádió, Pannonia Rádió, Civil Rádió, Bridge Rádió, etc. Radio and television interviews have been also made with the production. From 1998 to 2001, he performed in light music formation too, when he learnt the world of media. That formation has been invited into show programmes and several TV programmes: the programmes of RTL-Klub, Reggeli, MTV1, TV2, Duna TV, Csepp T, etc. Among his reporters, we can find in that time Tamás Vitray, Róbert Alföldi, Nóra Szily. From 2003 to 2005, he demonstrated his Independent instrumental knowledges in the RTL Klub’s Reggeli programme. Among his reporters, we could find András Stohl, Anita Ábel, Róbert Alföldi, András Csonka.

The music compositions are made in his own music studio, Goldvoice, in Budapest. The studio deals with making quality records of of young talents’ productions. Recordings have been made for the Hungarian X-Faktor and Eurovízió – A Dal music talent shows, and also, commercials and soundtracks have been made. The studio is also active in the development of virtual instruments (VST – Virtual Instruments Technology), based on third-party contract. The recordings made in the studio are also played in the radio, television, National Circus, theatres, cities’ events, the scope of clients and contracts is continuously expanding.

Any cookies that may not be particularly necessary for the website to function and is used specifically to collect user personal data via analytics, ads, other embedded contents are termed as non-necessary cookies. It is mandatory to procure user consent prior to running these cookies on your website.